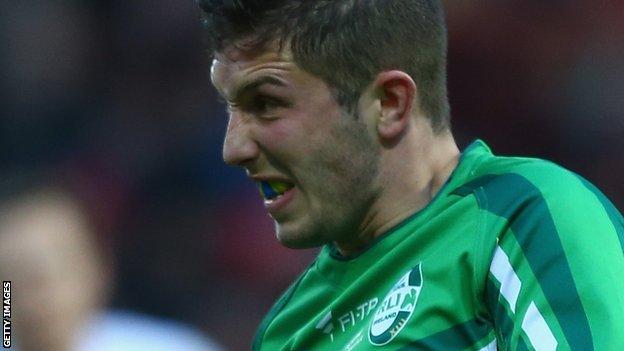 Crusaders bowed out of the Challenge Cup after a heavy fourth-round defeat at Championship rivals Featherstone Rovers.

The home side crossed for 12 tries with James Mendeika scoring a hat-trick.

Steve Crossley and Jamie Cording scored two tries apiece for Featherstone, who were 26-0 ahead at the interval.

Gareth Moore kicked nine goals as Featherstone secured their place in the fifth round and an away tie at Leigh.