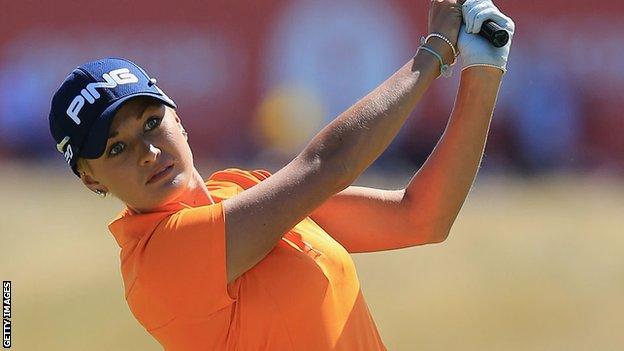 Wales' Amy Boulden headed the field at the qualifying event for the US Women's Open.

The 20-year-old from Llandudno carded two rounds of 71 at Buckinghamshire Golf Club to finish two under par.

That was one better than Scot Kelsey MacDonald and South African Nicole Garcia, who also qualified.

It is the first time qualifying events for the US Open have been staged outside the States, and Boulden was delighted with her success.

"I knew I was in the top eight, but I felt there might have been a few lower scores.

"I am very excited but I'm not trying to show it too much. It will help boost my profile."

A total of 73 players tried to gain one of the eight available places at Pinehurst from 19-22 June, the week after the men's US Open will be staged at the same venue.

Asia also hosted three qualifying events on Monday at venues in China, Japan and Korea, a reflection of the current balance of power in the women's game.