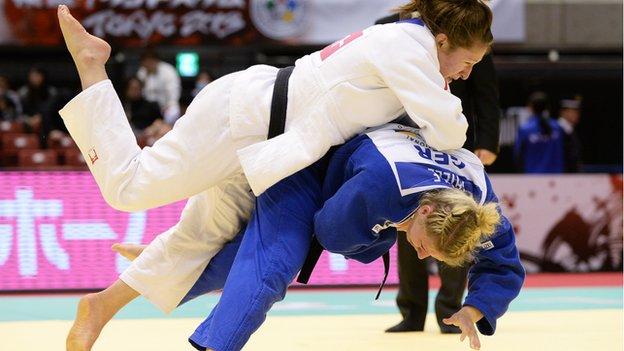 National coach Craig Ewers is to compete in judo for Wales at the 2014 Commonwealth Games in Glasgow.

Darren Warren will cover for Ewers away from the dojo when he challenges in the 81kg class.

Ewers competed at the 2002 Manchester Commonwealth Games for Wales - the last time the sport was included.

Only Ewers has previously been involved in a Commonwealth Games.

He said: "It's fantastic to see judo back on the schedule. It's been 12 years and the sport has developed a lot in that time.

"We have selected a really strong squad to represent Wales in Glasgow and we're all going out there to compete to the best of our abilities and to hopefully bring medals back with us."

Commonwealth Games Council for Wales chief executive Chris Jenkins said: "For nine members of the team it will be their first major multi-sport competition and it will be a great experience for them all."