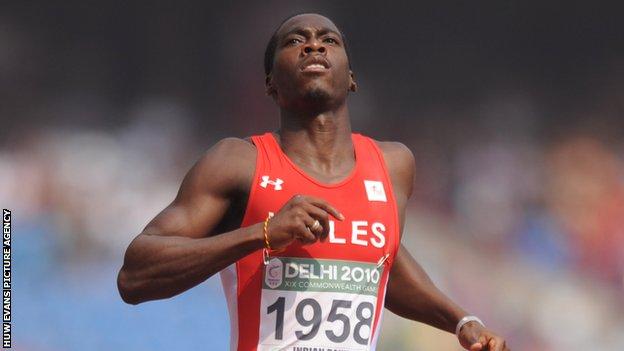 Christian Malcolm will not run for Wales at the Commonwealth Games after failing to meet the selection criteria.

BBC Wales understands the 35-year-old sprinter has not been selected for Glasgow after failing to reach the 200m selection time at the Welsh Athletics Championships in Cardiff.

Malcolm failed to reach the 200m final after finishing third in the heats in a time of 21.96 seconds.

The Newport sprinter has struggled with injuries and a problem with an Achilles tendon saw him miss the whole of last season, including the World Championships in Moscow.

Malcolm has competed at four previous Commonwealth Games, winning 200m silver at the 1998 Games in Kuala Lumpur and a bronze in the same event in Delhi four years ago.

The Wales athletics squad to compete in Glasgow will be announced officially on Friday, 6 June.