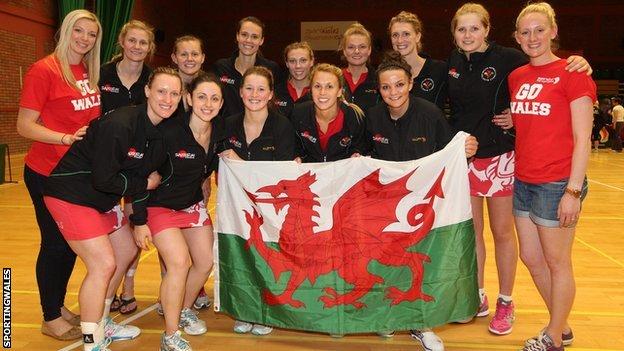 Welsh Netball have named a "talented and enthusiastic" squad for the Commonwealth Games according to captain Suzy Drane.

The team qualified for the 2015 World Cup in Sydney in June.

It prompted Sport Wales chair Laura McAllister to tip them to cause a few shocks in Glasgow.

"We are going to Glasgow prepared to deliver on court performances that excite and inspire the many supporters we have in Wales," said Drane.

Wales have climbed from 19th to eighth in the world rankings.

They won all three of their World Cup qualification matches against Northern Ireland, Scotland and the Republic of Ireland.

The victories were overseen by interim head coach Laura Williams.

She remains in charge for the Games following the sacking of head coach Melissa Hyndman after a disciplinary investigation.

Williams described the squad as, "a united group of players ready to put their heart and soul in to representing Wales to the very best of their ability".