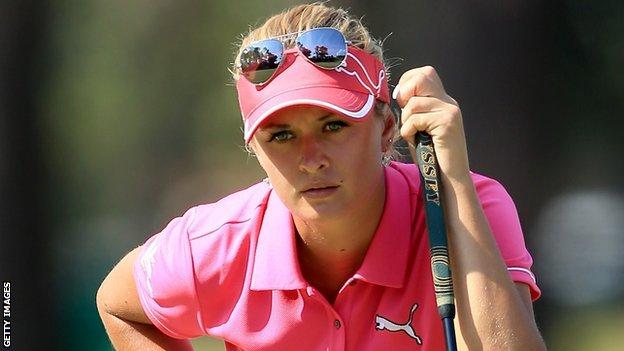 It will be the 20-year-old's fourth attempt at making her mark in the event, which takes places from 10-13 July.

Boulden tied for 11th at the Ladies European Masters at Buckinghamshire golf club to earn her Open chance.

"I like Birkdale as a golf course so we'll just have to see," said Llandudno-based Boulden.

"Obviously you want to do the best you can. I've played a few amateur tournaments there so I know the golf course quite well."

Boulden came into the European Masters event as a late replacement and joined Hannah Jun and Sally Watson in making the British Open.

"It was a bonus to have got in this event, to be honest. Being first reserve and only getting in on Thursday morning, I'm very pleased to have been able to play this week," said Boulden

"I've missed the cut in all of them, but I'm playing a lot better than I have been the last few years."

Boulden is one of three Welsh golfers who have already qualified, along with Becky Morgan and Becky Brewerton.