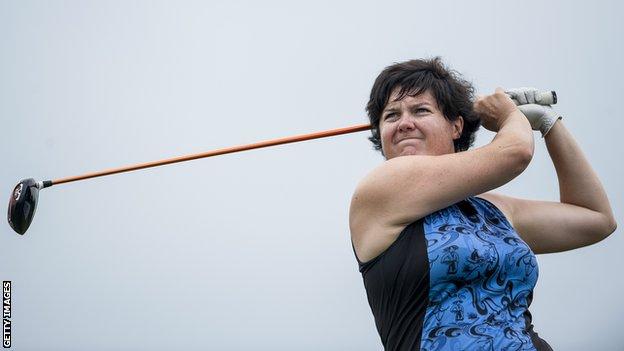 Becky Brewerton says she is full of confidence ahead of the Women's British Open.

The 31-year-old Welsh golfer came through qualifying to secure her place at Royal Birkdale.

"Southport & Ainsdale is a similar course to Birkdale so it was perfect preparation really.

"It's one of my favourite courses I've ever played and I think I might have played in three ladies' opens here.

"I was lucky enough to qualify when I was young as an amateur and my only hole in one as a professional came at Birkdale last time we were here on the 12th hole."

Abergele's Brewerton, who tees off at 10:10 BST in the same group as Xiyu Lin and Camilla Lennarth, will be joined by fellow north Wales golfer Amy Boulden at Birkdale.

Boulden qualified after she tied for 11th at the Ladies' European Masters and it will be the 20-year-old's fourth attempt at making her mark in the event.

The Llandudno golfer failed to make the cut on her debut at the US Women's Open in June but is confident she will be involved in the final two rounds at Birkdale.

"I played in the one in 2010 at Birkdale so I know Birkdale pretty well. I'm looking forward to this week."

Boulden tees off at 13:05 BST in the same group as Marianne Skarpnord and Jenny Shin.