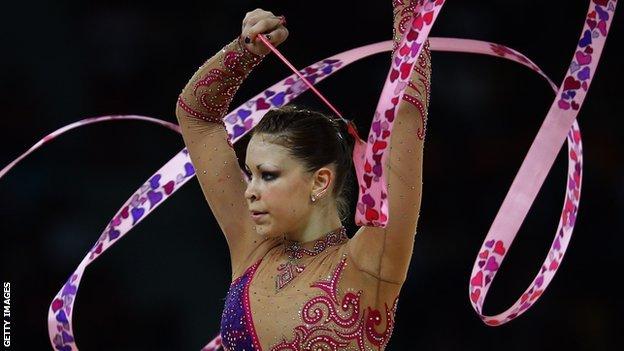 Rhythmic gymnast Frankie Jones has been chosen to carry the flag for Team Wales at Wednesday's opening ceremony for the Commonwealth Games.

The 23-year-old represented Team GB at the 2012 Olympics and won a silver medal in the hoop at the 2010 Commonwealth Games in Delhi.

Jones will make her third and final Games appearance, with Davies praising her contribution to gymnastics.

"There is no doubt the whole sport in Wales has grown off the back of her personal success," he said.

"Without her, we would not have had such a thriving gymnastics team here in Glasgow.

"She is also a superb role model and we wish her all the best for the Games."

Jones is one of 13 gymnasts in the men's and women's artistic and rhythmic gymnastics events.

The squad has been set a target of three medals by Sport Wales.

Swansea's Nikara Jenkins and British champion Laura Halford will be vying with Cardiff-based Jones for individual success but will come together for the team event.