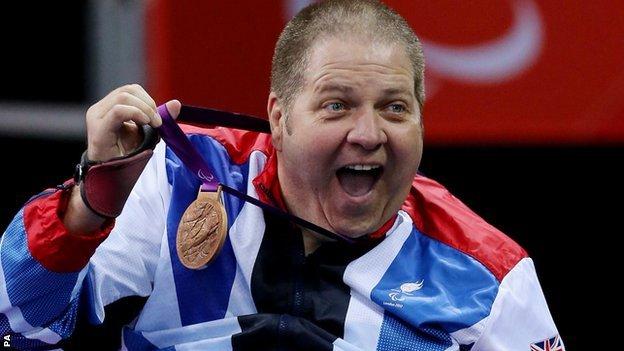 The 47-year-old from North Cornelly won gold with fellow Welshman Rob Davies at the Slovakian Open in May.

But the recovery time from surgery means Davies has now been ruled out of competition.

"Paul has been in great form this season and was a definite medal prospect in the singles for us.

"He and Rob would also have been favourites to take the gold medal in the team event so he will be greatly missed.

"However, it is most important to make sure that he recovers fully from the operation and he will be back stronger than ever next year."

Davies won a bronze medal at London 2012, twenty-six years after being paralysed in a motorbike accident.

Last year, he took silver in the European men's class 1 singles and he won gold at the Slovakian Open.

The World Para Table Tennis Team Championships take place in Beijing, China between the 6th and 15th of September.