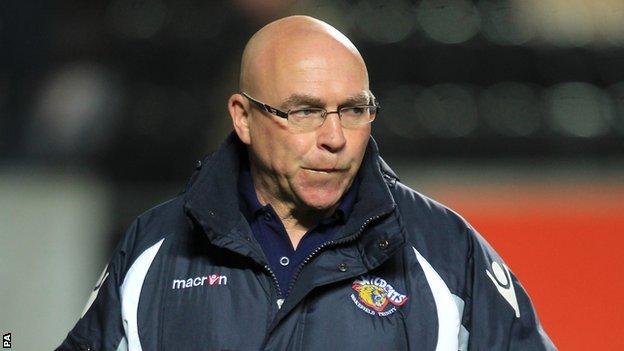 Wales have suffered two withdrawals ahead of their Rugby League European Championships opener against Scotland on 17 October in Workington.

Garreth Carvell has a knee injury, while Rob Massam has work commitments.

Carvell was set to return to the Wales fold having last represented them in the 2000 World Cup, with the Great Britain prop having also won six caps for England, whom he represented in the 2010 Four Nations.

But he will still join the Wales squad in an assistant coaching role.

"After seeing the doctor, he has advised me that being put in a knee brace and doing no running for three months would be the best treatment if I'm intending to carry on playing next season and beyond," Carvell said.

"Unfortunately that means I'll be unavailable to play for Wales and will have to withdraw from the squad.

"I was really looking forward to pulling on my Wales shirt again and although that can't happen this year I still want to be involved with the team during the coming games in some capacity.

"I feel I'd be able to contribute in a positive way and would be willing to help out in any way I can."

St Helens' Matty Fozard was one of 10 newcomers in the original squad, with that number now rising to 13 with the additions.

"I see the tournament very much as a marker for the development of Welsh players in the international scene," said Kear, who succeeded Iestyn Harris in July.

"We have a few players missing for various reasons, but this gives young players a chance to put their hand up to mix it in future years."

After facing Scotland in their opening game, Wales travel to France on 25 October.

Kear's side host Ireland in their final game of the European Championships at Wrexham's Racecourse Ground on 2 November.