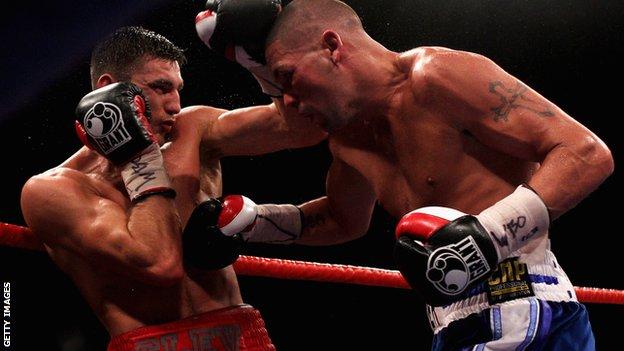 The rematch between Nathan Cleverly and Tony Bellew will be at the Echo Arena in Liverpool on Saturday, 22 November.

After losing his WBO title to Sergey Kovalev in August 2013, Welshman Cleverly moved up to cruiserweight.

Bellew followed Cleverly into the division after losing to Canada's Adonis Stevenson in a WBC light-heavyweight title fight in 2013.

A bitter feud between Bellew and Cleverly was reignited following the former's win over Dos Santos.

Cleverly has said he aims to "silence" the Liverpool fighter, while Bellew intends to end the Welshman's career.

The winner of the next bout is likely to qualify for a world title fight, possibly against WBO cruiserweight champion Marco Huck from Germany.