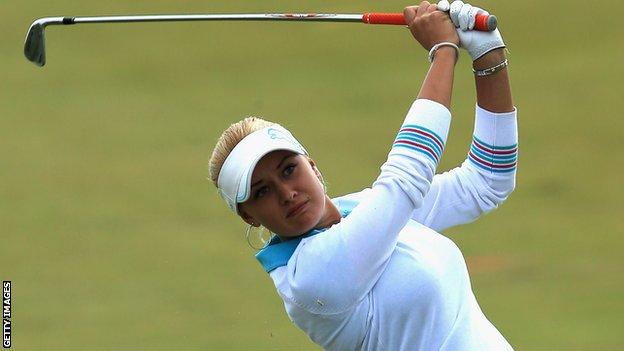 The 21-year-old leads the Tour's Rookie of the Year standings after tying for second in the French Open.

Boulden claimed her first professional title in May and also competed at the US Women's Open and the British Open.

"I've had a great year with just a few events left to push on and see what happens," she said.

"All I can do is play good golf and see where that leads me."

Boulden's first professional win came in May in Switzerland when she won the Association Suisse de golf Open on the Ladies European Tour access series.

She made her US Women's Open debut at Pinehurst in June and also qualified for the Women's British Open at Royal Birkdale.

The Conwy Golf Club member's final round of 66 in the Open de France saw her finish joint second with Maria Hernandez in an event won by Azahara Munoz of Spain.

It was Boulden's third top five finish of the year and achieved despite a difficult start at Golf de Chantaco.

"I got off to a bit of a rough start with a double bogey on the third but made a few birdies coming in," Boulden added.

"I gave it my best shot over the last few holes and Aza just made two great birdies on the last two holes so fair play, well deserved."