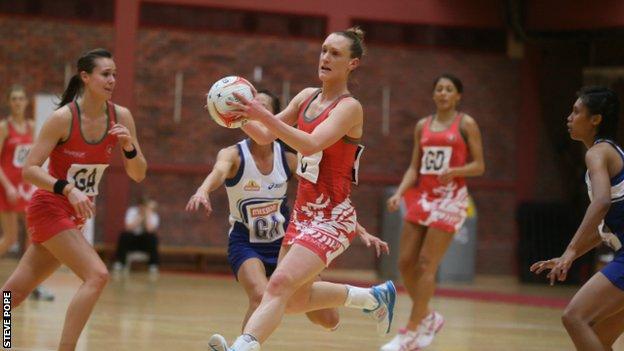 Welsh Netball is looking for a new chief executive just months after the departure of national coach Melissa Hyndman.

Mike Watson has resigned barely six months into the job to join a youth organisation in Bolton.

He only took office in April 2104 and is cited family reasons for his decision to leave.

Watson was drawn into the suspension of Hyndman, who was then sacked for disciplinary reasons in June.

Watson says on his Twitter account: "I'm moving on from @WelshNetball to join @BLGCofficial. I've had a great time in Wales & wish everyone the best of luck in the future. This has been a hard decision but the right one for my family. Good luck to all my colleagues and friends."

After the Hyndman controversy Wales subsequently finished eighth at the Commonwealth Games under Laura Williams, who was promoted from assistant to interim coach.

No announcement has been made on the appointment of a replacement for Hyndman, although interviews were due to be held in mid-September.

Welsh Netball chair Catherine Lewis says in a statement on the organisation's website: "It is with regret that I have to inform members that Mike Watson tendered his resignation.

"Mike has accepted a new role in Bolton and whilst this has been an extremely difficult decision for him the role will be moving him closer to his family.

"Mike has enjoyed his time with Welsh Netball and I would like to thank him on behalf of the board for his contribution during a challenging time for us as a governing body."

Before taking the Welsh role Watson was initially general manager of the Netball Superleague before being promoted to Performance Competitions Manager with England Netball.