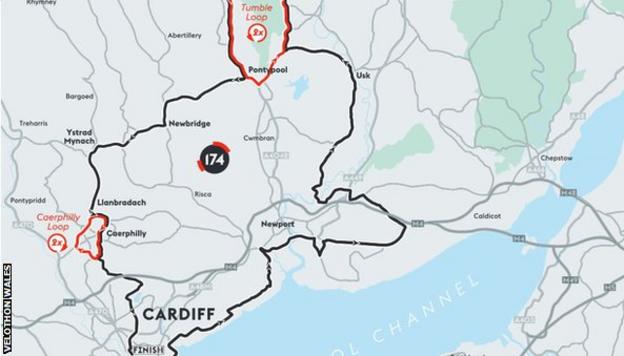 Eighteen teams from Britain and Europe will enter the 174km Pro Race, while up to 15,000 amateurs will cycle either a 50km or 140km Sportive course.

Double Olympic track champion Ed Clancy will ride for the JLT Condor team, while Welshmen Jon Mould and Yanto Barker line up for One Pro Cycling.

There are also four Welsh riders in the Great Britain Cycling Team.

The inaugural event starts and finishes in Cardiff, with climbs of The Tumble and Caerphilly Mountain depending on the choice of course.