Welsh Team Sky cyclist Luke Rowe says he will do everything he can to support Chris Froome's bid for a second Tour de France title.

It is the first time the rider from Cardiff has featured in the event, which begins in the Dutch city of Utrecht on Saturday, 4 July.

"Each one of us have got to do every single thing we can to save Froomey's [Chris Froome] legs," he said.

Rowe joins fellow countryman Geraint Thomas in the event, meaning Wales has two representatives in the race for the first time.

"Very few professional cyclists get to ride it just because it's so hard to make the final squad, so it's going to be a gruelling three weeks but certainly something I'm looking forward to," Rowe told BBC Radio Wales Sport.

"To be able to go to the biggest sporting event in the world alongside these guys, who are not only my team-mates, but also very close mates of mine off the bike, is a pretty cool opportunity." 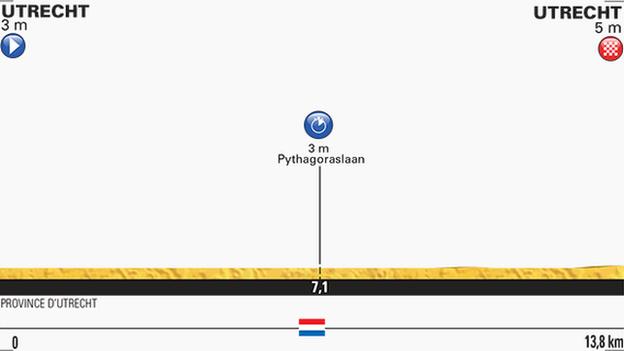 The Welsh rider says he will leave no stone unturned to help 2013 champion Froome become the first British rider to have won the famous event twice.

"You look at the make up of the team and the nine riders - it's purely eight riders supporting one," he said.

"Each one of us eight riders have got to do every single thing we can to save Froomey's legs.

"So when it comes to the last 2km of the climb he [Froome] has every bit of energy he could have spared throughout the previous stages and weeks."

He added: "Every single thing we can do to help him and aid him we'll be doing. Sheltering him from the wind. Food, bottles. Going back to the car, coming back up to the front.

"If we were to get in a yellow jersey position it would be a case of riding on the front of the peloton and bringing back the breaks and so on.

"Me and Ian Stannard will be doing quite a lot of the work and then the rest of the guys, we've got some really top climbers, coming into the mountains, they'll kind of take over."