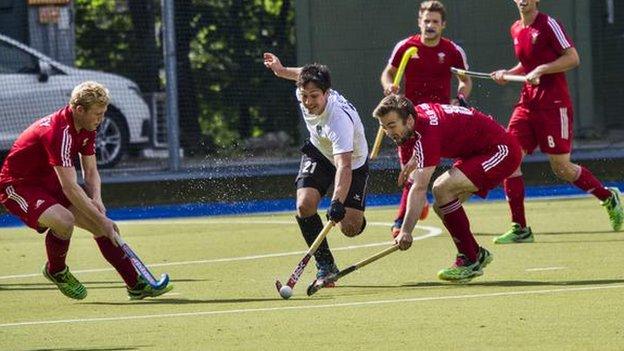 They confirmed their superiority over the hosts with a commanding display in the final, with Gareth Furlong (2), Luke Hawker and Benjamin Francis scoring.

The result sees Wales promoted along with Portugal to Championship II.