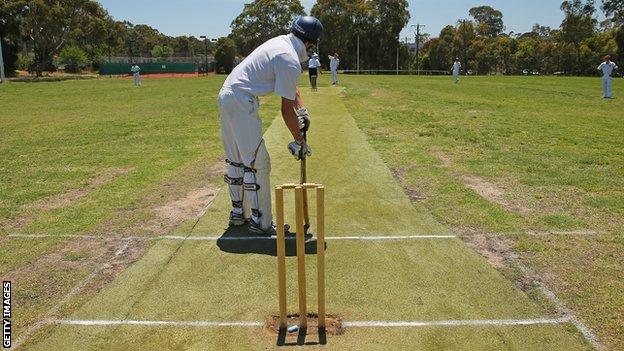 Two amateur cricket teams could be docked points after a brawl broke out between the two sets of players.

The Pembrokeshire Division Two derby between Saundersfoot and Kilgetty boiled over into violence following "sledging" between the players.

The umpires, after consulting with the captains, opted to abandon the game last Saturday.

Dyfed-Powys Police confirmed it had not received any complaints about the incident.

Both sides have been awarded points for the game, with the result being counted as if it was a tied game.

But an investigation has been launched by the executive committee of the Pembroke County Cricket Club, which could apply sanctions to both teams.