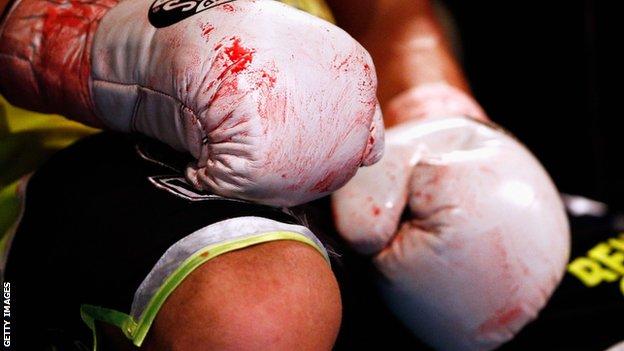 Welshman Dale Evans came close to giving up boxing before he was given a chance to fight for a British and Commonwealth title.

Evans was given the opportunity after Frankie Gavin pulled out with a foot injury.

"A couple of weeks before this call came I was considering knocking boxing on the head for good," said Evans.

"I wasn't happy anymore and I wasn't getting anything out of it.

"I had had such bad luck with fights over the past few months being cancelled, dates being moved and was struggling to get anything.

"This is a fight I couldn't turn down, it is potentially life-changing."

Evans, trained by Gary Lockett, defeated Eggington in the Prizefighter competition in 2013 before losing to Glenn Foot in the final.

The Carmarthen fighter has full respect for Eggington and says their clash of two years ago will count for nothing on Saturday.

"He was a lot younger and he has since been in with some good opposition and finished them in style," Evans added.

"It isn't something I am taking confidence from because I don't think you can relate or compare a three-round fight to a 12-round fight."