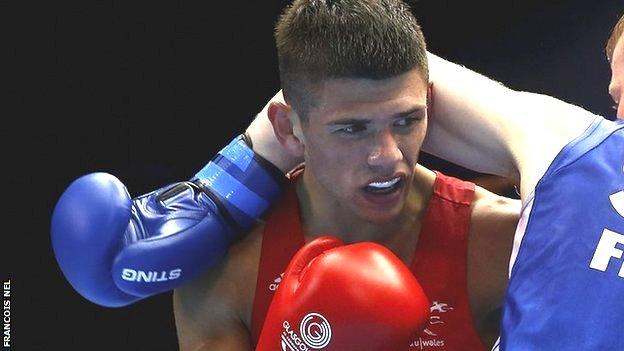 Cordina is one of three Welsh boxers in the British Lionhearts' World Series of Boxing squad along with Sean McGoldrick and Kody Davies.

The 24-year-old lightweight won gold at the 2015 European Championships in Bulgaria and is now targeting qualification for Rio.

"It's great to know that I'm on track to fulfil my dreams," Cordina said.

"I just need to be active so I can get myself prepared and ready for the upcoming qualifiers."

Cardiff-born Cordina has been included in a 30-man Lionhearts squad for the World Series of Boxing, which provides a qualification route to Rio 2016.

Boxers that compete twice across 2015 and 2016 will be eligible for selection by GB Boxing to compete at the Olympic qualifying event in Sofia in May.

The Lionhearts are in Group B of the World Series of Boxing along with Morocco Atlas Lions, Mexico Guerreros and USA Knockouts, their first opponents in Miami later this month.

"I'm learning all the time and winning those major medals gives me a massive boost of confidence leading up to these Olympics," he added.