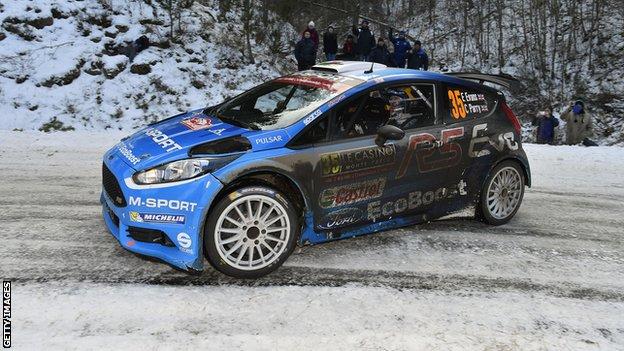 The 27-year-old is competing in the opening two rounds of the second tier of the World Rally Championship.

He was not selected as one of M-Sport's main drivers for next season's Championship.