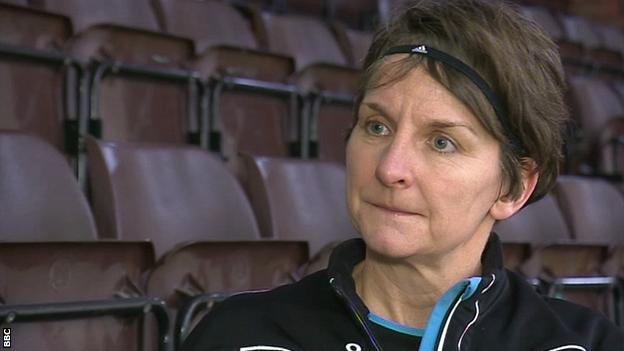 Laura McAllister's role as chairwoman of Welsh sport's governing body Sport Wales has been extended and the position will be re-advertised.

The Welsh Government's search for a replacement stalled after the four applicants were deemed unsuitable.

The former Wales football captain had been due to step down in January as her second three-year term was due to end.

McAllister has now been asked to remain in the Welsh Government-appointed role she has held since 2010.

"Our decision to re-advertise this post demonstrates our commitment to ensuring we have the right person in place for this.

"I am pleased that Laura McAllister has agreed to extend her time as chair until the end of March, offering continuity in this important role."

Sport Wales, which distributes National Lottery funds to elite and grassroots sport, is responsible for developing and promoting sport and physical activity in the country.

Professor McAllister, who won 24 Welsh football caps, is also a board member of UK Sport, the government's agency for Olympic and Paralympic sport, and the Welsh Football Trust.