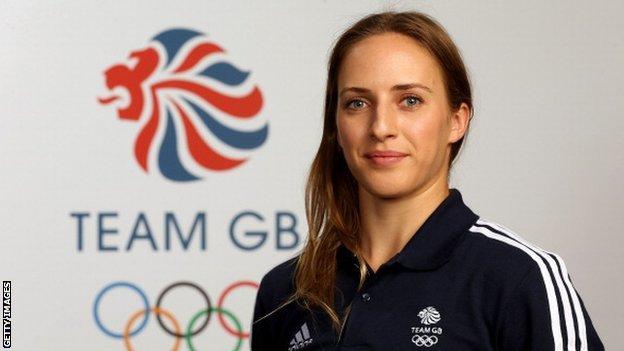 Rose McGrandle has been disqualified at the British skeleton selection trials, putting her hopes of securing a place in the 2014 Winter Olympics at risk.

McGrandle, 24, fell foul of a rule infringement related to one of the runners on her sled.

She was competing for a place in the upcoming World Cup.

McGrandle was lying in second place behind former world junior champion Lizzy Yarnold after the first two of four scheduled runs when she was disqualified.

Born in Milton Keynes and based in Bath, McGrandle was aiming to secure one of two available places in the British World Cup squad. Current skeleton world champion Shelley Rudman has been pre-selected.

Competing in the World Cup gives athletes an opportunity to improve their world rankings.

The number of quota places for each country at the 2014 Winter Olympics in Sochi will be determined by athletes' individual FIBT [International Bobsleigh and Skeleton Federation] world rankings in mid-January.

Laughton added: "This is a horrible start to Rose's season, but whilst a tough lesson, and one for all athletes, she still has opportunities to qualify for the Olympics in Sochi next year."