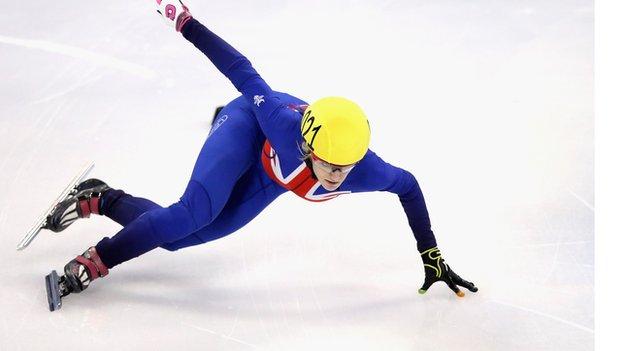 In March 2013, the 5ft 3in skater became the first British woman to win a World Championship medal in short track when she took 1000m bronze in Hungary. That came a month after she clinched the 1000m World Cup title.

The Scot performed respectably on her Olympic debut aged 19 but describes the experience as "a turning point".

She explains: "After Vancouver I felt like that was it - that was all I would ever get from skating, but then I started to think about what could happen if I kept working on all those one percents where I could improve.

A change in her tactics followed and she now adopts a front-running approach, which is unusual in short track.

Born in Livingston, Scotland, Christie began as a figure skater before taking up short track aged 12. She moved to Nottingham aged 15 to train full-time at the National Ice Centre.

She can play the Alton Towers theme tune on the piano.