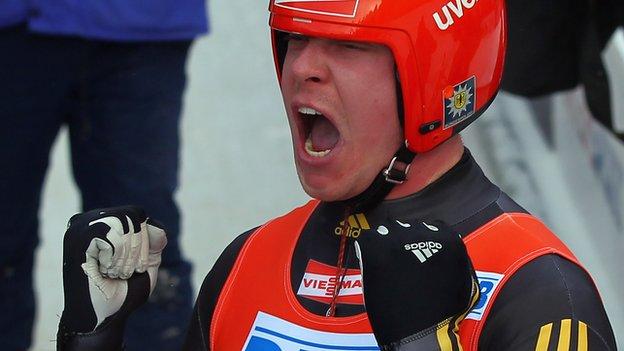 Loch became the youngest ever Olympic luge champion as a 20-year-old in 2010, a year after he had set a new world record of 153.98kmh (95.68mph) on the same track in the Canadian resort of Whistler.

The German also has four mixed team world titles and has won the World Cup title in both of the last two seasons.

Loch's Olympic win in Canada was overshadowed by the death of Georgian luger Nodar Kumaritashvili after a crash during training on the Whistler track, which was shortened in the wake of the tragedy.

Loch attended a memorial service for Kumaritashvili in Georgia the following month.

Loch is continuing the grand tradition of German luging, following in the footsteps of his mentor and three-time Olympic champion Georg Hackl.

Felix's father Norbert, who is Germany's head coach, was also an Olympic luger - he was 13th when representing East Germany at the 1984 Winter Olympics.