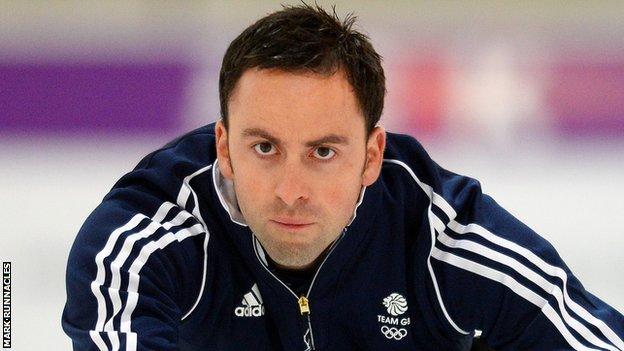 Murdoch has won two world and three European titles but is yet to earn an Olympic medal.

He was the reigning world champion heading into Vancouver in 2010, and will arrive at his third Winter Games in Sochi having won global bronze in 2013.

Murdoch started curling aged 10 and won the first of two world junior titles in 1995. After the 2009-10 season, Murdoch's Olympic rink parted ways and in 2012 he joined Tom Brewster's rink and took over as skip.

Murdoch is aiming to win the first Winter Olympics medal by a British men's curling team since 1924 (the first-ever Olympic curling competition in which Britain won gold in France).

Murdoch appeared in a Men of Curling calendar released in October, with some of the world's top male curlers stripping off for charity, including reigning world champion Niklas Edin of Sweden.