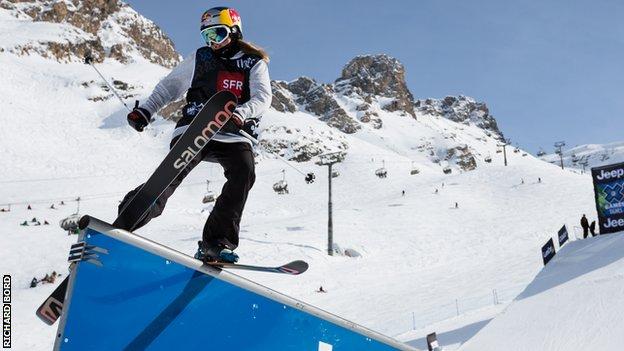 Summerhayes began the 2012-13 season recovering from a career-threatening knee injury but ended it as a realistic Sochi slopestyle contender after finishing fourth at both the World Championships and the Euro Winter X Games.

The major ski nations find it funny that we learned on dry slopes. Let's see what happens in Sochi

The Sheffield athlete also won British female skiing's first World Cup medal in 19 years with silver in Switzerland in February - her first event back after injury.

While Summerhayes' star is firmly on the rise, her Sochi campaign has been a disrupted one with the 18-year-old suffering further complications from her original knee injury.

As a result she only competed for the first time this season on 10 January, but a week later she took a second career World Cup medal in Switzerland. .

Summerhayes was so star struck when she met Olympic heptathlon champion Jessica Ennis-Hill that she ran off.