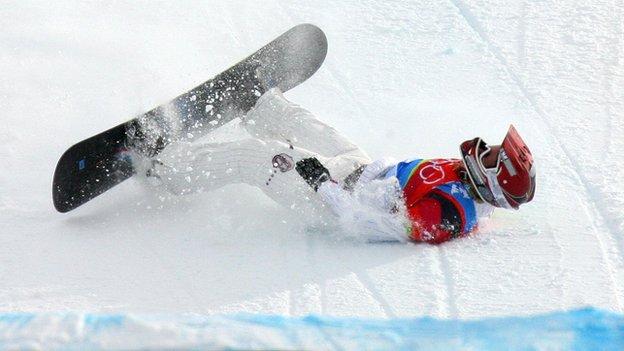 Jacobellis will head to Sochi still searching for redemption in the snowboard cross after her infamous crash at the 2006 Winter Olympics.

With gold in her grasp, the American crashed when she attempted a spot of showboating and had to settle for silver.

The 2010 Games went a similar way with the pre-Olympic favourite eliminated in the semi-finals after veering off course.

A third-time lucky Olympic title would be all the more remarkable for Jacobellis given that she spent over 18 months on the sidelines between 2012 and late 2013.

The American tore her left anterior cruciate ligament in practice at the 2012 X Games and needed a second surgery in December 2012 following complications.

Jacobellis emphatically proved those injuries are behind her by becoming the most-decorated X Games female ever with her eighth snowboard cross title on 24 January, 2014.