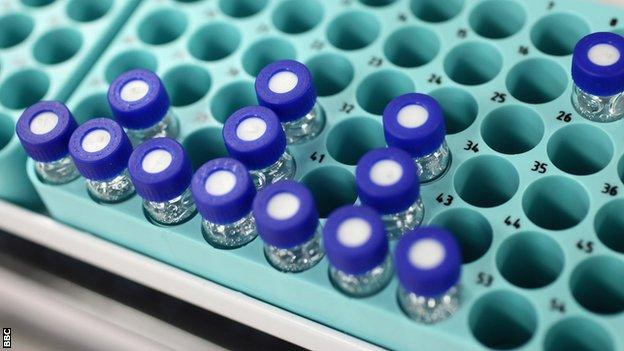 A Moscow testing laboratory for the Sochi 2014 Winter Olympics will have its World Anti-Doping Agency (Wada) accreditation suspended unless it improves its procedures by 1 December.

The Wada panel heard there were serious concerns about the accuracy and reliability of testing results.

And if it does not engage independent experts to draft a better programme, a six-month ban will be enforced.

This could mean that the lab cannot test during the Games in February.

Wada has also recommended to the International Olympic Committee that testing is monitored throughout the Winter Olympics in Moscow or a satellite facility in Sochi.

The Moscow Anti-doping Centre can appeal against Wada's decision.

The news comes after the Rio de Janeiro lab was stripped of its Wada accreditation ahead of next year's football World Cup.

In that instance, samples will be flown to world governing body Fifa's headquarters in Switzerland during the tournament.

The decision to give a 1 December deadline to Moscow was made by Wada chairman John Fahey after recommendations were made to him by its disciplinary committee.

Disciplinary committee chairman and former Wada president Dick Pound told BBC Sport before the decision was announced: "Our expert laboratory group finally came to the conclusion that they ought to suspend the laboratory because it was not sufficiently reliable."