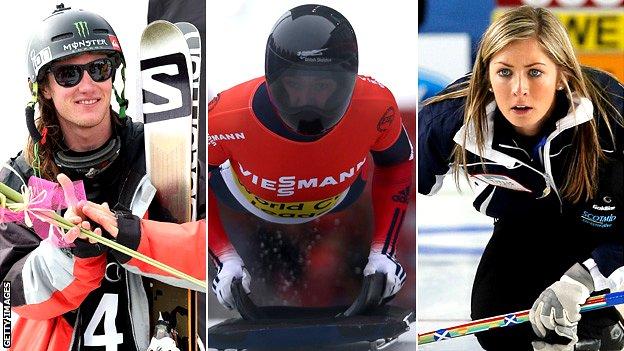 Team GB should expect to win at least three medals at the Winter Olympics in Sochi, according to UK Sport.

That would be Britain's best medal haul at a Winter Games since winning a gold, silver and bronze in Germany in 1936.

And the funding body predicts there could be as many as seven medals - beating GB's best ever tally of four from Chamonix in 1924. At least two Paralympic medals are also expected.

Team GB boss Mike Hay said: "We view the target as a vote of confidence."

Britain won only one medal at each of the past two Winter Olympics, with Amy Williams's skeleton gold in Vancouver four years ago the country's first solo gold at a Winter Games for 30 years.

Speed skater Elise Christie is also a medal contender, while Eve Muirhead's curling rink are the current world champions and picked up silver medals at the European Championships in November.

Visually-impaired skiers Kelly Gallagher and Jade Etherington will be hoping to come away with Britain's first-ever gold medals at the Paralympic Games while the wheelchair curlers will bid to better the silver they won in Turin in 2006.

Liz Nicholl, the chief executive of UK Sport, said: "If achieved, this would demonstrate the fantastic momentum created by London 2012, where additional investment and focus on developing our high-performance system has benefited summer and winter sports alike."

Over the past four years, UK Sport has granted more than £14m of support and believes its backing can enable athletes to record Britain's best combined Olympic and Paralympic performance in 20 years.

"During my 24 years involved in winter sport, I cannot remember a time when Great Britain has had so many talented athletes so well prepared."

"In many ways, the target is indicative of just how far winter sport has progressed in the UK.

"It is reflection of the growth we are seeing in competitive strength and depth across many of our winter sports."