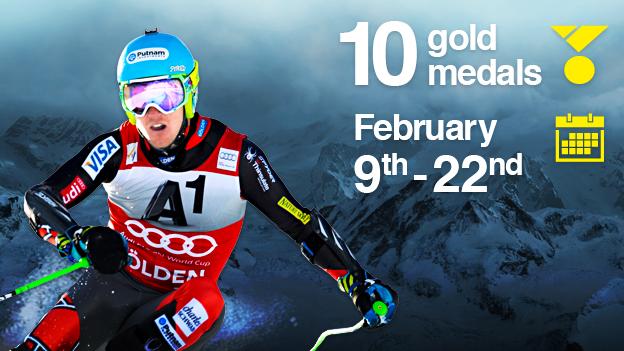 Alpine skiing is the most high-profile sport at the Winter Olympics, and possibly the easiest to understand - the quickest to get from the top to the bottom of the mountain course wins gold.

There are five disciplines: downhill and super-G are pure speed events - Frenchman Johan Clarey became the first skier to break the 100mph barrier during a downhill race last year - slalom and giant slalom are more about precise turning around a series of gates, while super combined is an all-round test.

Frosty. Britain should win their first medal on snow at these Winter Olympics, but there's no expectation that it might come in alpine skiing.

Slovenia's Tina Maze and German Maria Hoefl-Riesch are good all-rounders, and US teenager Mikaela Shiffrin is already a world champion.

There have been no significant changes since the last Olympic Winter Games.