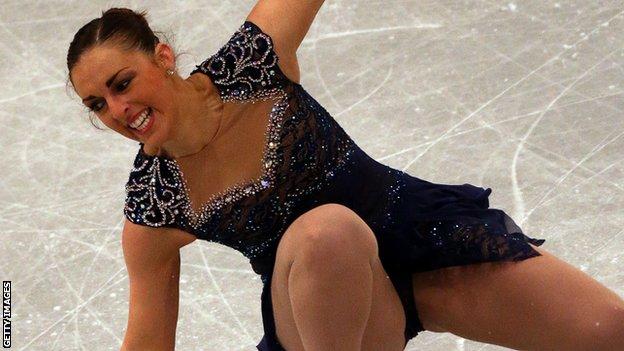 The 27-year-old form Coleraine was 24th in Wednesday's short programme with 39.59 points, giving her the last qualification spot for Friday's event.

She was 23rd in the free programme with 70.60 points, but remained a further place back in the final standings.

The 11-times British champion will compete in next month's Winter Olympics in Sochi.

McCorkell was a hugely disappointing 29th at the last Winter Olympics.

On that occasion, she was unable to progress beyond the short programme stage in Vancouver in what was her first Winter Olympics.

Her impressive performance in securing her 11th British national title in November suggested that McCorkell was on course for an improved Olympic showing in Sochi.

She did regroup impressively from her 2010 Olympics disappointment to finish 14th at the 2012 World Championships which equalled her best previous showing at the championships.

McCorkell plans to retire from competitive skating after this season.