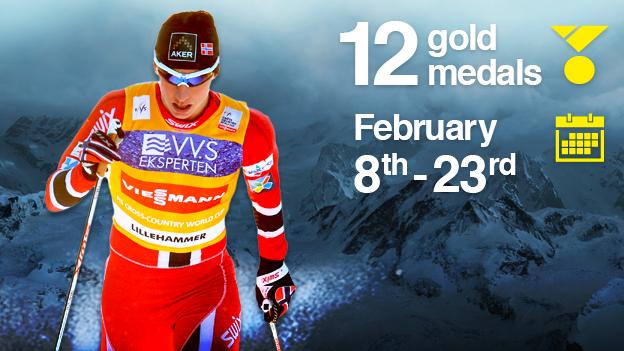 Cross country is the oldest type of skiing, which emerged from the need to get around and hunt.

There are six Olympic Winter Games events each for men and women, with the goal simply to complete the distance as quickly as possible.

Two skiing techniques are used: classic, which involves skiing along pre-set parallel tracks, and freestyle, which closely resembles the motions of ice skating.

Andrew Musgrave was the top Briton at the last winter Olympics in Vancouver in 2010 and he remains the leading light after an impressive season - including an eye-catching win in Norway's national sprint.

The newly-named skiathlon, in which competitors must use both the free and classic techniques, was previously known as the pursuit.

Qualification for the team sprint final has been modified: the top two in each semi-final plus six fastest losers now advance when previously it was the top three and four fastest losers.