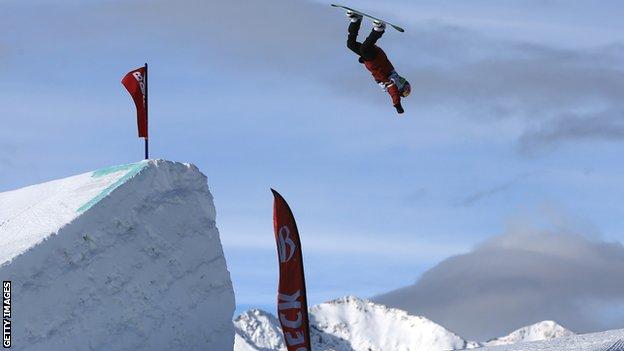 Bangor snowboarder Aimee Fuller will compete at the Winter Olympics in Sochi after meeting the qualifying criteria for Russia at the weekend.

The 22-year-old snowboard slopestyle competitor was named in a 56-strong Great Britain team on Wednesday.

Fuller needed to finish in the top 12 in the last two World Cup events and she came in 11th and fifth.

Coleraine figure skater Jenna McCorkell will also compete for GB at the Olympics in Sochi next month.

Fuller was 11th in Colorado last month before finishing an impressive fifth on Sunday in Canada.

She lies eighth in the overall World Cup standings for the slopestyle class, where riders head down a course which includes rails, kickers and jumps.

Fuller grew up in England but now lives in Holywood, County Down, and is regarded as one of Team GB's brightest hopes.