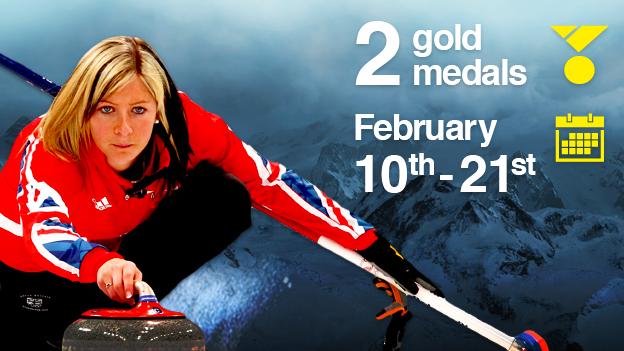 It's like lawn bowls on ice, with the objective to get more stones nearer to the centre of the scoring area (house) than your opponent. A team scores one point for every stone that's closer after each of 10 ends (similar to a set in tennis).

The format is simple: 10 teams play each other once, with the top four advancing to the semi-finals.

The skip - essentially the captain - decides the tactics and usually plays the often-pivotal last stone.

The official target is one to two medals, with the women's team expected to finish on the podium and the men certainly capable of doing so.

Men's skip David Murdoch is hoping for a first medal in his third Games, having earned World Championship bronze in 2013.

Sweden and Canada. The Swedish women are double Olympic champions, and the men are the current world champions.

Canada's men, who are defending the Olympic title, won 2013 world silver, while the women are second in the world rankings.

Curlers can burn up to 1800 calories during a game - nearly the recommended daily intake for an average-sized woman.