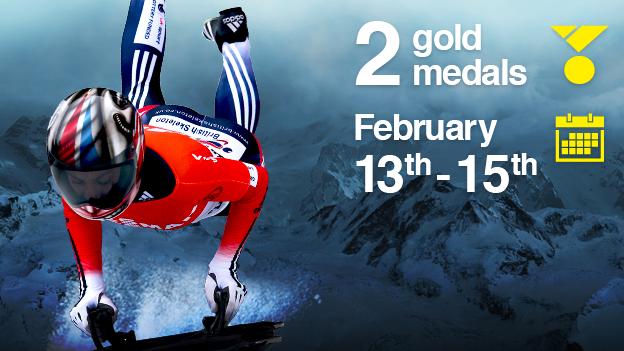 In skeleton, competitors - known as sliders - hurtle head first down the 1.5km course on a sled little bigger than a tea-tray.

The fastest combined time of each slider's four runs decides the winner.

The athletes use their upper bodies to steer, twisting their head and shoulders to transfer their weight. It's exhilarating, exciting, and Great Britain are very good at it.

The official target is one medal but that could be doubled despite the retirement of reigning Olympic champion Amy Williams.

Latvia's 2010 silver medallist Martins Dukurs has once again been the World Cup's form man and will be the big favourite for gold.

There are no significant changes.

Great Britain is the only nation to have won a skeleton medal on each of the five occasions it has been held at the Winter Olympics.