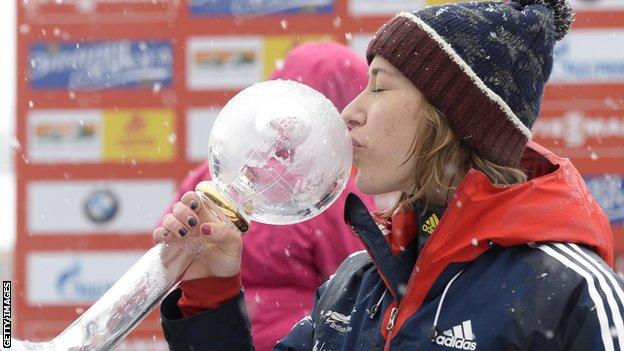 The Great Britain squad for Sochi is unveiled and Lizzy Yarnold wraps up the World Cup title.

Great Britain will take 56 athletes to the 2014 Winter Olympics, their largest squad since the 1998 Games in Calgary.

Meanwhile, the USA are set to send 230 athletes, which would make it the largest contingent by any nation ever at a Winter Olympics.

Britain's Lizzy Yarnold came ninth in the last race in Germany, which was won by American Noelle Pikus-Pace, but it was enough for her to win the overall World Cup.

It was a busy weekend in alpine skiing with a host of rearranged races previously postponed due to adverse weather.

Overall World Cup champion Tina Maze landed her first win of the 2013-14 campaign in a downhill in Cortina. The Slovenian had a record-breaking season in 2012-13 but has struggled so far this winter.

There were also wins for Germany's Maria Hoefl-Riesch and Switzerland's Lara Gut, both of whom are expected to be medal contenders in Sochi.

Chemmy Alcott justified the British selectors' faith in her by coming 23rd in a super-G in Cortina, Italy.

Felix Neureuther of Germany and Alexis Pinturault of France underlined their credentials as Olympic medal contenders with victories, while Olympic downhill champion Didier Defago of Switzerland enjoyed a rare victory.

Hannes Reichelt of Austria won the downhill at Kitzbuehel to delight a crowd of 50,000 on the famous Hahnenkamm.

Britain's Dave Ryding failed to qualify for the second run of the slalom in Kitzbuehel.

The event doubled up as the European Championships, and with two North American crews ahead of them, Jackson's team were able to celebrate winning silver, the first European medal won by Britain's men since 1994.

The USA's Steven Holcomb underlined his status as one of the potential stars of the Sochi Games by winning in Koenigssee, claiming his first four-man victory outside North America since 2009.

Despite that result, the 33-year-old finished runner-up to Germany's Maximilian Arndt in the World Cup standings.

Holcomb did, however, win the overall two-man World Cup crown. He and brakeman Curtis Tomasevicz were seventh fastest in Konigsee, in a competition won by Canada's Justin Kripps.

Reigning Olympic champion Kaillie Humphries of Canada successfully defended her World Cup crown by the skin of her teeth. She finished third in Koenigssee, enough to leave her one point clear of the USA's Elana Meyers in the overall standings.

James Woods failed to make the slopestyle final at the Winter X Games, not ideal preparation for a skier widely tipped as a British medal hope in Sochi. Arch rival Nick Goepper won gold and will start as favourite when slopestyle makes its Olympic debut next month.

Shaun White will attempt to win a third consecutive Olympic halfpipe gold in Sochi next month, but the American opted to swerve the X Games. Billy Morgan continued his recovery from injury in Aspen, but the former acrobat failed to make the slopestyle final. 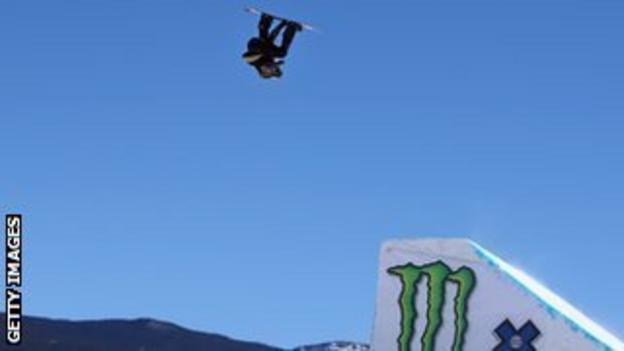 Aimee Fuller landed a double back flip in the female slopestyle competition to finish seventh, but British snowboard cross rider Zoe Gillings was forced to withdraw as a precaution following a heavy fall in training.

Canada's Mark McMorris also took an untimely tumble, breaking a rib, but the Canadian - widely tipped to upstage White in the slopestyle competition - is adamant he will be in Sochi.

Lindsey Jacobellis - the American rider who threw away a guaranteed Olympic gold while showboating in 2006 - became the most-decorated X Games female ever with her eighth snowboard cross title.

The 17-year-old Japanese star had won eight of the season's first nine World Cup competitions, but finished second in both contests in Planica, Slovenia.

It was deja vu - again - in Oberstdorf, Germany as Eric Frenzel further underlined his Sochi favourite tag with a seventh World Cup win of the season. For good measure, Frenzel helped the Germans claim victory in the team event.

UK officials have warned that terrorist attacks in Russia "are very likely to occur" before or during the Winter Olympics.

The mayor of Sochi claims there are no gay people in his city.