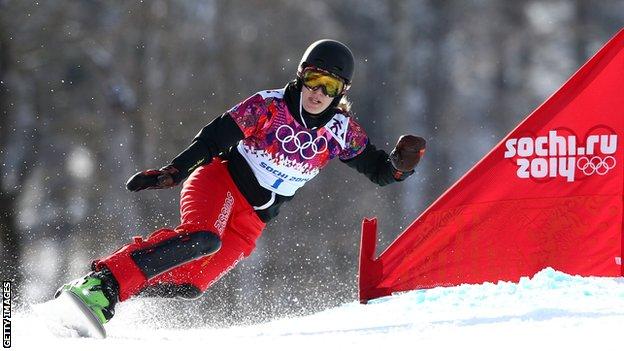 Kummer, 26, secured gold after Japan's Tomoka Takeuchi fell over halfway through the second run of the final.

Takeuchi, whose opponents had fallen over in the quarter and semi-finals, finished 7.32 seconds behind to take silver in her fourth Games.

In the parallel giant slalom, riders complete a blue and a red run, racing each other as well as the clock.