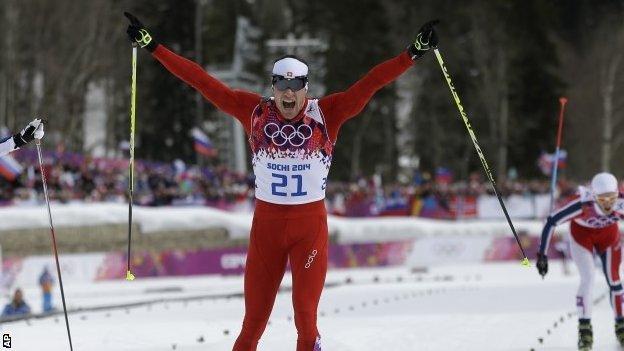 Switzerland's Dario Cologna, who missed part of the season with an ankle injury, staged a remarkable recovery to win the 30km cross-country skiathlon.

The 27-year-old world champion made a decisive move on the final climb to win in one hour eight minutes 15.4 seconds.

The Swiss skier's gold is the second of his career after he won the 15km freestyle at the Vancouver Games in 2010.

"It's very special for me to win after my injury in November," he said. "I didn't expect to be on the podium some months ago. I can't believe I won the first race."