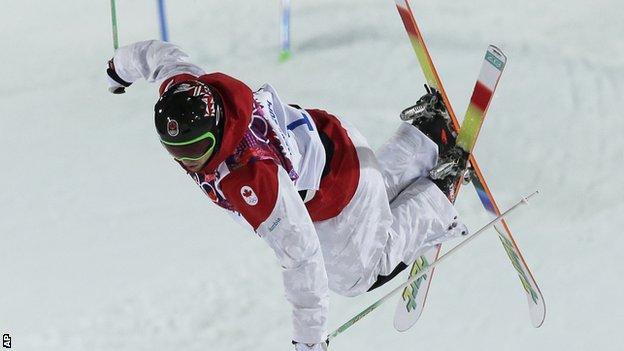 A phenomenal final run saw Bilodeau repeat his gold-medal win from Vancouver 2010 with a score of 26.31.

Russia's Alexandr Smyshlyaev thrilled the partisan crowd in Sochi by taking bronze ahead of Marc-Antoine Gagnon.

France's British-born skier Ben Cavet was eliminated in the second phase of the final after finishing eighth.

"I am really happy," he said. "I missed the last six by two places - that is one split of the skis.

"I am still relatively young for the sport and this was my first Winter Olympics so I was just aiming for a bit of experience. And, hopefully, I will be going for a medal in 2018."