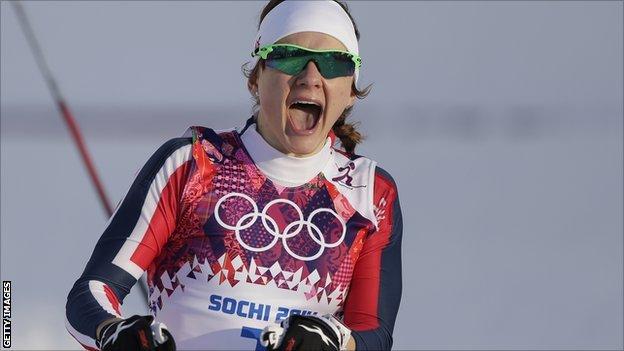 Slovenia's Vesna Fabjan won bronze while Astrid Uhrenholdt Jacobsen - whose brother died on the eve of the games - was fourth.

Norway's Marit Bjoergen, the defending champion, crashed out in the semis after falling on the final bend.

"It's just unbelievable. I can't believe what I just did. I've been dreaming of this since I was 3-years-old," said Falla.

"It's been a hard time for the Norwegian team after what happened with Astrid. Astrid is really strong and she's taken the decision to stay here in the Olympics."

Denise Herrmann, who leads the World Cup standings this year, also went out at the semi-final stage, while Kikkan Randall the two-time World Championship medallist, went out after the quarters.