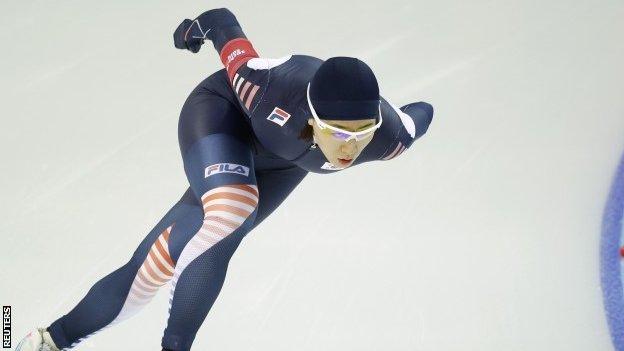 Lee, the winner of seven World Cup races this season, led after the first run and her second-run record of 37.28 seconds gave her an aggregate time of 74.70 seconds.

And there was a bronze for Margot Boer, who won the Netherlands' first-ever medal in the event.

"It was a lot of pressure. She is a real champion," said Lee's Canadian coach Kevin Crockett.