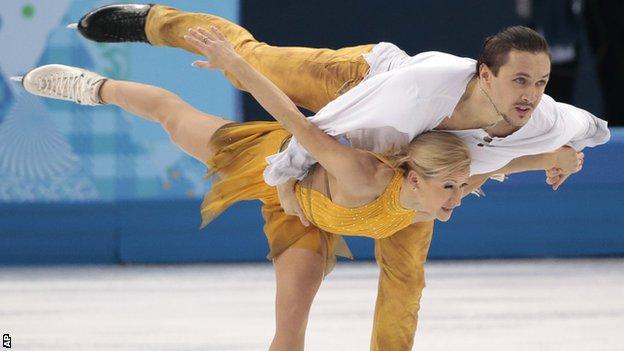 Figure skating appeared as an event in the summer Olympics Games in both 1908 and 1920 before becoming part of the Winter Olympics, when the first Games was held in 1924.

German pairing Aliona Savchenko and Robin Szolkowy finished in the bronze medal position, as they did in 2010.

Volosozhar, 27, and 30-year-old Trankov had been expected to win the gold medal after claiming the 2013 World Championships title.

That saw them finish 18.18 points ahead of Stolbova and Klimov, who edged out Savchenko and Szolkowy by 2.90 points.