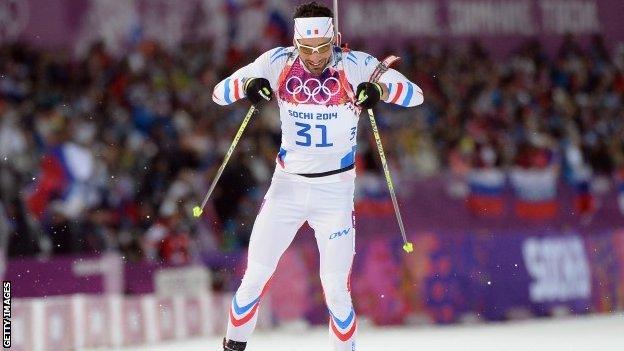 Frenchman Martin Fourcade claimed his second biathlon gold of the Sochi Olympics with victory in the 20km race.

Russia's Evgeniy Garanichev, who was first out on the course, took bronze.

Britain's Lee Jackson, who was 66th in the 20km at Vancouver 2010, also only picked up one penalty to finish the stamina-sapping race in 42nd position.

"I had one miss on the range and that's pretty perfect for me - hitting that would have guaranteed top 30 and I don't feel in that sort of shape," said 33-year-old Jackson, who joined the British Army in 1999.

"I'm closer to the podium places than I was four years ago, so that's really encouraging."