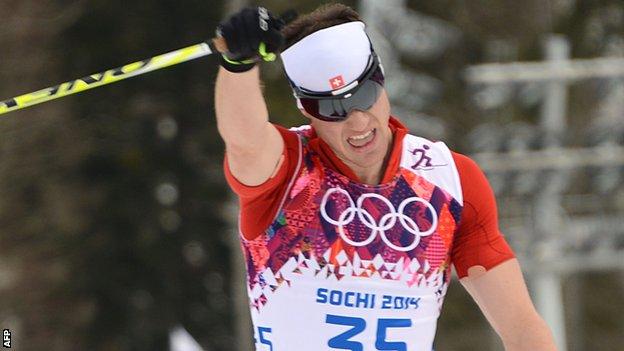 Cologna, 27, who also won the men's skiathlon on Sunday, finished 28.50 seconds ahead of Sweden's Johan Olsson.

Cologna, who missed part of the season with an ankle injury, completed the course in a time of 38 minutes 29.70 seconds.

Young, 21, was competing in his second Winter Olympics and was pleased with how he performed.

"It was an awesome race, I am really happy," he said. "I enjoyed myself and skied to the best of my ability in these conditions.

"This isn't my favoured event and I didn't think about the result. I just focused on myself and my technique, relaxed into it and it was really fun."