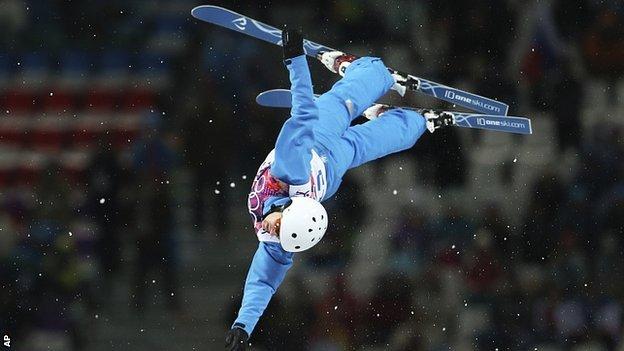 The 34-year-old, who had never won a medal in four previous Olympics, scored 98.01 in the four-person final at the Rosa Khutor Extreme Park.

Favourite Li Nina, of China, came fourth after falling in the final.