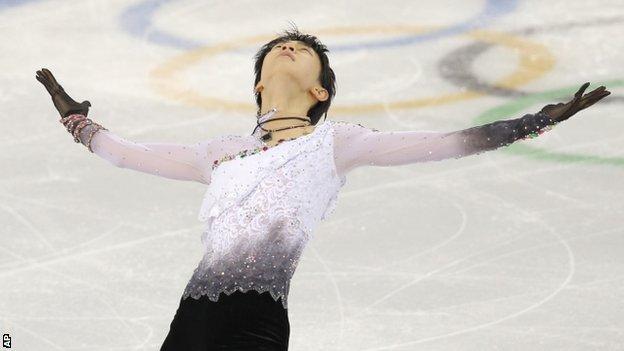 Yuzuru Hanyu became the first Japanese man to win an Olympic figure skating gold as he secured his country's first title of the 2014 Winter Olympics.

The 19-year-old fell twice in the free skating final but prevailed thanks to a world record score in Thursday's short programme and errors from his rivals.

Hanyu posted an overall score of 280.09 to beat Patrick Chan of Canada, who also stumbled in his last performance.

Hanyu became the youngest winner of the Olympic men's title since American Dick Button in 1948.

"I'm so surprised. I can't find the words. It was such a difficult programme for me and I felt rough, physically. I'm just shocked. I'm so proud of this feat as a Japanese."