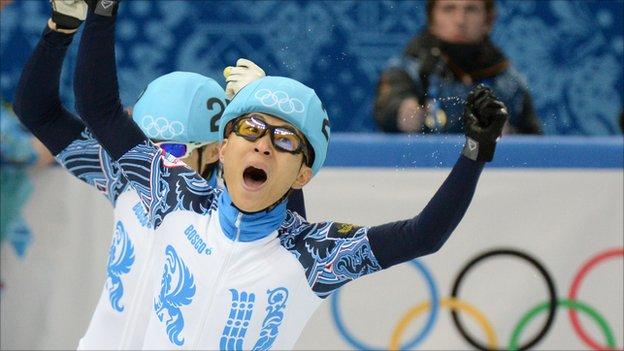 Victor An sealed Russia's first ever short track speed skating gold medal as the host nation earned a one-two in the men's 1000m.

Silver was won by compatriot Vladimir Grigorev with bronze going to Sjinkie Knegt of the Netherlands.

For An, the South Korean-turned-Russian, it was his fourth Winter Olympic gold medal and sixth in total having also won 1500m bronze in Sochi.

Dajing Wu finished fourth in the final, while Da Woon Sin was penalised.

An, who won three golds for his native South Korea at the 2006 Turin Olympics before switching nationality, won in a time of one minute 25.325sec.