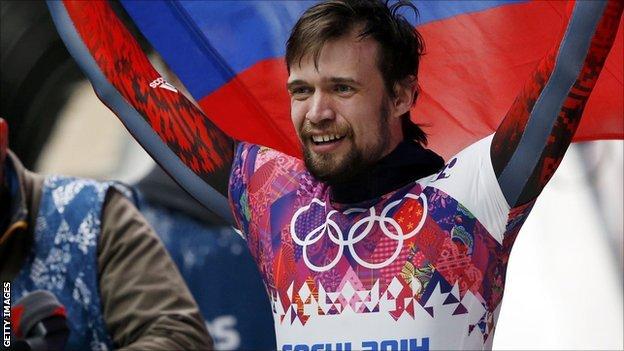 I will not make a decision while emotions are high, I have done that before

Great Britain's Kristan Bromley was eighth and his compatriot Dom Parsons 10th in his first Olympics.

Form Bromley it was his fourth Olympics but he is undecided on whether he will continue to compete after Sochi.

"I will not make a decision while emotions are high; I have done that before," Bromley told BBC Sport.

"I have had a fantastic experience here in Sochi. It has been a pleasure to be part of the team.

"I am pleased I kept on improving throughout the competition. It is all I wanted to do.

"The competition in the top 15 is incredible. I did not quite challenge for a medal, but I did myself proud."

Parsons will definitely race on, though, and he is determined to use his experience in Russia to help him improve.

"It is great to be part of British Skeleton," he said. "I am so happy for Lizzy Yarnold, it is great working with her and the other athletes as they always strive to be the best.

"I am a bit rough around the edges. I need to improve on a few things."