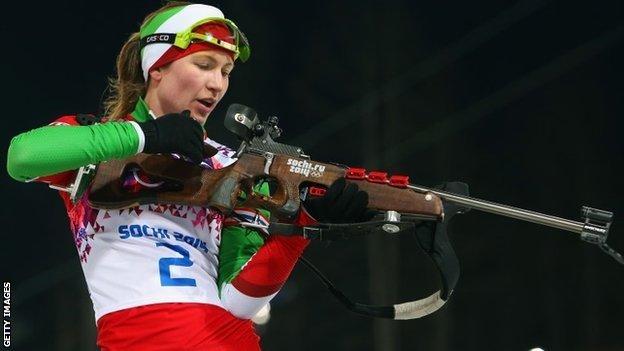 Darya Domracheva of Belarus gave a dominant display of skiing and shooting to win the 12.5km mass start biathlon and her third gold at the Sochi Games.

The 27-year-old, who had already won the sprint and the 15km events, led early and was never troubled, winning in a time of 35 minutes 25.6 seconds.

Gabriela Soukalova of the Czech Republic took silver after finishing 20.2 seconds behind Domracheva.

Norway's Tiril Eckhoff made a late charge to win bronze.