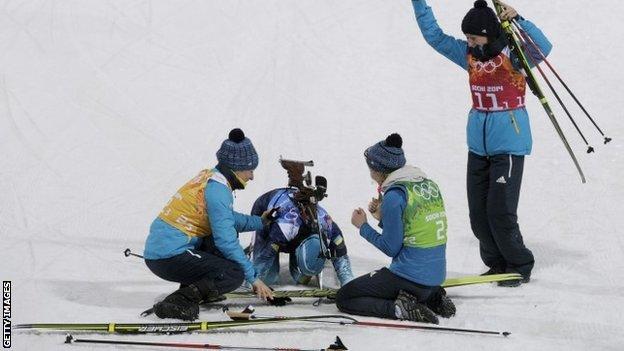 Ukraine won their first gold medal of the 2014 Winter Olympics with victory in the women's biathlon relay.

Russia had won the last two women's relays at the Olympics.

France, who claimed silver at Vancouver 2010, retired after Marie-Laure Brunet felt weak during her opening leg and was consequently taken to a medical unit.